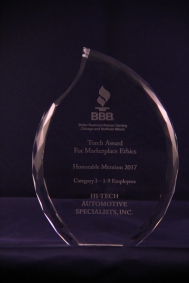 Hi-Tech Automotive Specialists was delighted to be a recipient of the 2017 Torch Awards for Marketplace Ethics on Thursday, December 1, 2016. The Better Business Bureau received over a thousand nominations from consumers and businesses. Hi-Tech was not only proud to be nominated by a customer, but was thrilled to receive Honorable Mention for businesses in the 1-9 employee category. 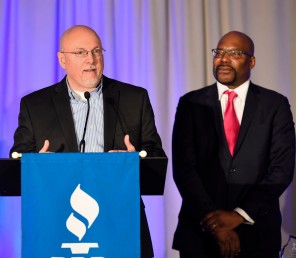 Sales Manager, CJ Powers, received the award on behalf of John Hickey and his team. CJ shared a few words with the hundreds in attendance at the luncheon. He told of John’s passion for his staff to act according to the highest standards of ethics he learned during his tenure in the Navy.

“The journey John set us on to develop processes and guidelines that direct us toward our highest ethical goals has been fulfilling for our team and is surely a blessing for our customers,” said CJ.

“I’m proud of my team winning this prestigious award,” said Hickey. “It’s comforting to know that the third party counsel selected us as the recipient of Illinois’ highest honor of ethics in the marketplace.” 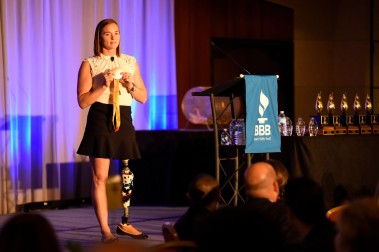 Congratulations have been pouring in from happy customers since the event. Many have stated that the honor was well overdue. “I can’t take too much of the credit,” said John. “My team makes things happen and we’ve also benefitted from our partnership with the Better Business Bureau.”